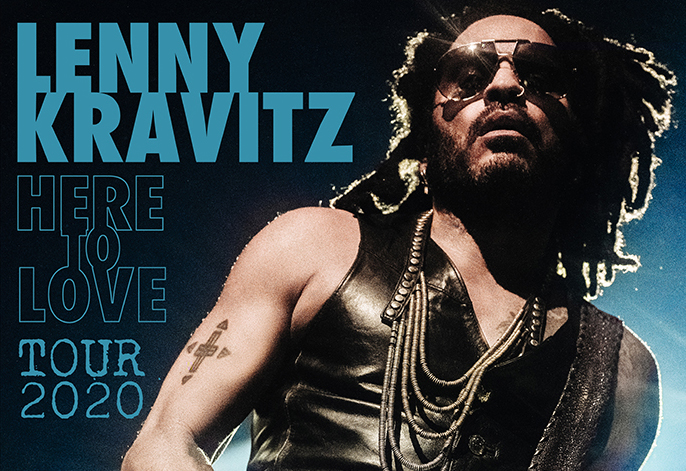 In the wake of a triumphant 2-year World Tour, Lenny Kravitz returns on the road again with “Here To Love” Tour 2020.

TICKETS ON SALE FROM:

register on virginradio.it to receive the code that will make it possible to purchase on www.ticketone.it/virginradio

Known for his super energetic concerts, his promise is to keep the reputation of making live concerts. Lenny Kravitz once again emphasizes the union of rock-and-roll, funk, blues and soul in his 11th album, Raise Vibration. Inspired by young people, but shining with her 3 decades of wisdom, she represents a powerful creative rebirth in a bold, shining and brilliant body that fits her boundless spirit.

Considered one of the leading rock musicians of our time, Lenny Kravitz has transcended genres, styles, races and classes throughout his 20-year musical career. Rock and funk music influenced the souls of the 1960s and 1970s; the writer, producer and multi-instrumentalist won 4 consecutive Grammy Awards, as well as setting a record for the largest number of awards won in the Best Male Rock Vocal Performance category. In addition to his ten studio albums, which sold 40 million copies worldwide, this multi-dimensional artist has gone on to film, as Cinna, a box-office hit with The Hunger Games and The Hunger Games: Catching Fire. Lenny Kravitz can also be seen in the films so acclaimed by critics Precious and The Butler. His creative company Kravitz Design Inc. promotes a broad portfolio of important initiatives and includes hotel properties, condominium projects, private residences and historic high-end brands such as Rolex, Leica and Dom Perignon.

The season of Jazz Club Perugia starts on November 10