Free jazz really took off in this second year, and won over the alternative jazz public: it was an immediate success beyond everyone’s expectations and many people camped out to get a bit of the action. That year’s budget of a mere thirty-five million lire, was nevertheless enough to fund an incredible programme spread out over five evenings.

The main attraction was Charles Mingus’ fantastic new quintet featuring the revelations George Adams and Don Pullen, and Keith Jarrett playing solo piano practically as part of the same tour that six months later was to see him performing his famous Koln Concert, which has remained a milepost of solo piano. Another two champions of the new avant-garde jazz entertained thousands that year: the saxophonists Sam Rivers and Anthony Braxton. More structured jazz was represented by baritone sax-player Gerry Mulligan, who also duetted with the wonderful pianist Mariam McPartland; the Gil Evans orchestra; Thad Jones and Mel Lewis once again; Sonny Stitt, the jazz saxophonist whose style resembled in many ways that of Charlie Parker; the pianist Joe Albany, together with Alfio Galigani’s Perugia Big Band; and Mario Schiano’s quintet, representing quite different faces of Italian jazz. 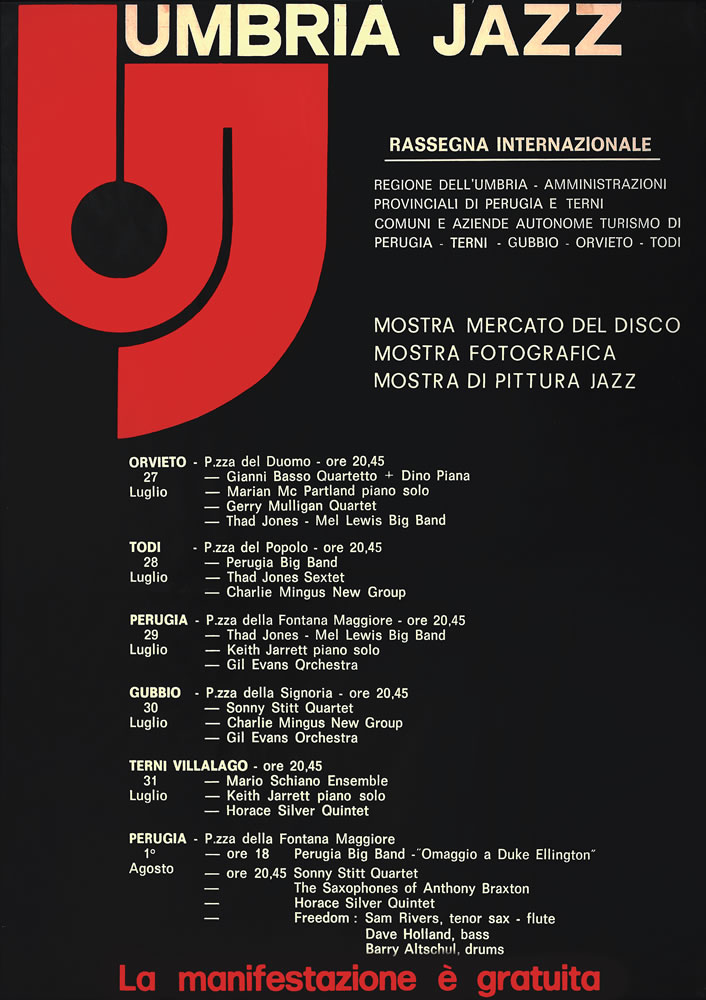