Umbria Jazz explodes. Thousands of young people arrive from all over Italy, accompanied by the tensions animating the country during those difficult years of terrorist violence. Once again, the crowd was roused by the champion of free jazz, the saxophonist Sam Rivers, by then something of an idol among jazz enthusiasts. Then there was Don Pullen, who had previously played in the Mingus group, and whose fantastic concert in Castiglion del Lago enthused a crowd that had struggled to appreciate more classical jazz musicians such as Stan Getz and Sarah Vaughan.

In the six days of moving from one Umbrian town to another to play to the public, there was also Horace Silver’s fabulous quintet starring the wonderful woodwind players Bob Berg and Tom Harrell, Art Blakey’s ever-captivating Jazz Messengers, Dizzy Gillespie, Cedar Walton and quite a number of Italian musicians including Massimo Urbani and Enrico Rava. 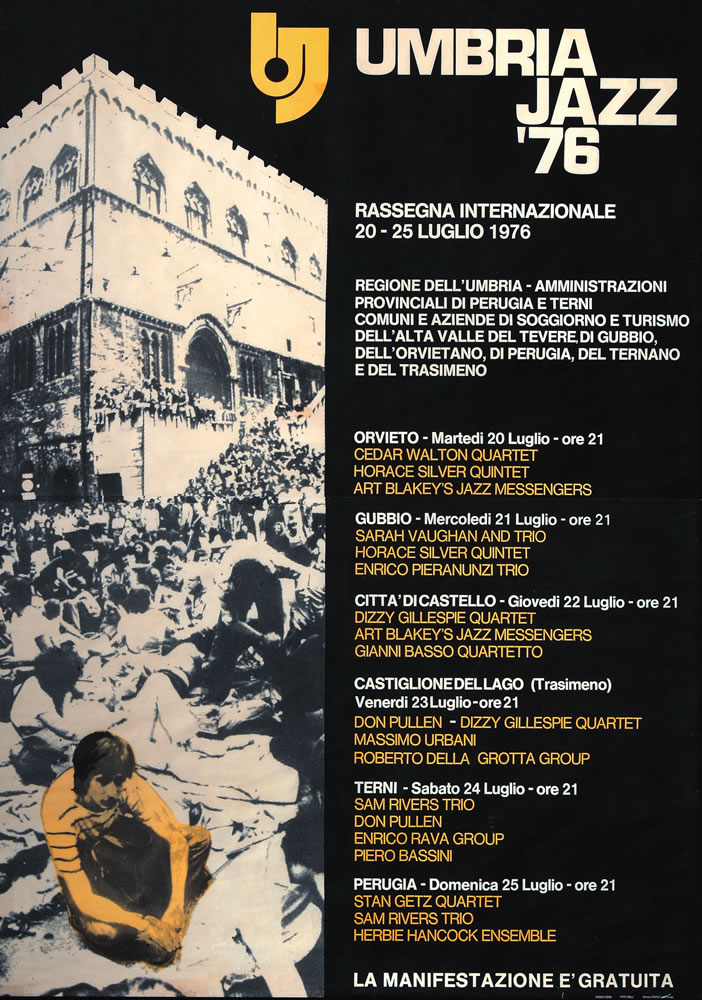