This was the benchmark year for Umbria Jazz in terms of the Festival’s appeal, its quality, its ability to combine popularity with exclusivity, with mass concerts in the football stadium and the fantastic evenings inside St. Francis’ church. The bill-topping event was the meeting of Sting and Gil Evans and his incredible orchestra of leading musicians. Modern, evocative arrangements, Sting clearly moved by the occasion as he sang a range of songs from his own repertoire to the works of Jimi Hendrix, Billie Holiday and Charles Mingus. However, the long, emotional night-time sessions of the band in the former church of St. Francis will remain long in people’s memories.

Then there was the appearance of Manhattan Transfer at the stadium, in a wave of success at the time and making their debut in Italy; and there was also Dexter Gordon, following his American revival and the successful film Round Midnight, Miles Davis, and Cab Calloway bringing back memories of the famous Cotton Club. 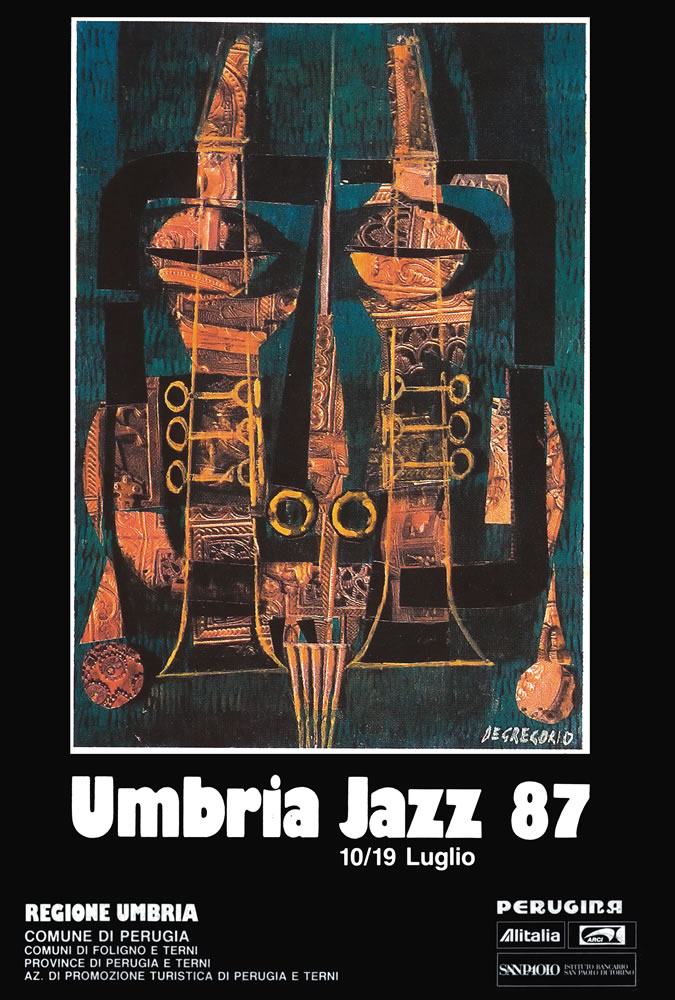