Umbria Jazz launches the slogan “Italians do it better”, endorsing beyond any doubt the rapid rise of Italian jazz. Confirmation of this was provided by the public’s interest in the country’s home-grown jazz stars, whose popularity often exceed that of their more famous American colleagues, at this year’s Umbria Jazz represented by Enrico Rava, Paolo Fresu, Roberto Gatto, Gianluca Petrella, Danilo Rea and Enrico Pieranunzi. Italians überalles, but not only Italians: the programme featured a wealth of foreign talent, and the predominant instrument that year was the highly popular guitar. Pat Metheny led events, first in a stunning solo performance and then in a trio featuring Christian McBride and Antonio Sanchez, and he was followed by Eric “Slowhand” Clapton with his inexhaustible collection of rock and blues numbers, and John Scofield in a funky-blues super-trio with Larry Goldings on organ and Jack DeJohnette on drums, in their homage to Tony Williams.

Then there was Carlos Santana, Bill Frisell with a new quintet starring Ron miles on cornet, and finally Russell Malone, swing guitarist returning to Umbria Jazz following his previous apparition some years before, in late-night club sets with Diana Krall. Diana, in the meantime, had become a star in her own right, and returned to Perugia with her distinctive blond hair and her pleasant sounds of swing. The star line-up was completed by the ever-present Caetano Veloso, Wayne Shorter’s quasi-free-style super quartet, Herbie Hancock with a youthful band playing rather self-indulgent music, Chick Corea and his imitation of third-stream music, and the grand old father of funk, a slim-downed James Brown evoking his most epic past. 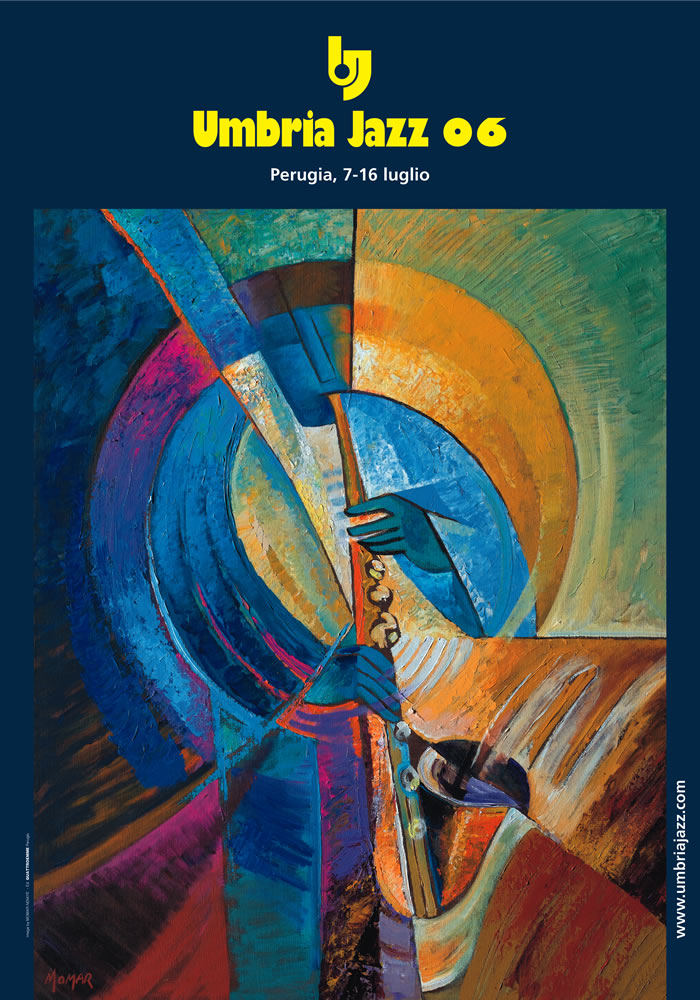