Where were we? Umbria Jazz turns lights and amps back on with the desire to go back to being the soundtrack of Umbria and normal life. Of Umbria and Italy. This is also why we wanted, as a tribute to Dante’s anniversary, to add the verses from the Paradiso (Canto XI) dedicated to Umbria in the official poster by Lorenzo Fonda (this is his second poster after the one for the 1988 edition). Through Dante’s verses, we want to celebrate the Country of culture, arts, and history. And this is the best way to start from where we left off. 2020 was a difficult year, and it was a year without the festival for us, as happened in 1977 and between 1979 and 1981. We start again, with the usual enthusiasm. Actually, greater. It is not the normal Umbria Jazz yet, since the normal one is the apotheosis of the gathering. Everything possible has been done: an edition including 52 events in ten days and three traditional venues of the festival: one outdoor, Arena Santa Giuliana, and two indoor, Teatro Morlacchi and the hall at the Hotel Sina Brufani. Perugia goes back and shows its best face, that of music and of sociality. In other words, the face of celebration. 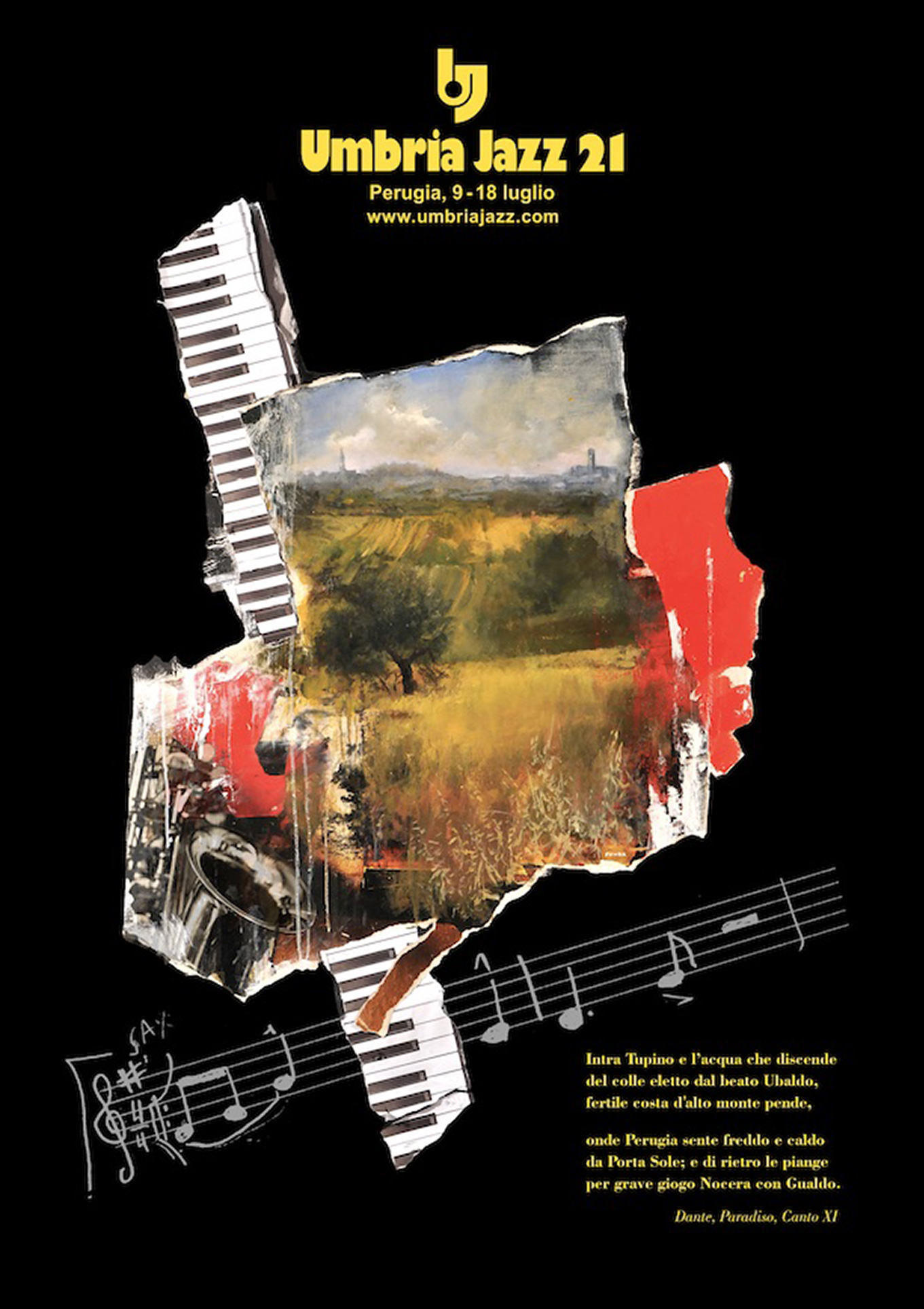