The 2nd UJW took on a more established format, on the back of the feedback and experience of the first. A few artists returned, such as John Surman, a constantly creative musician capable of proposing a highly evocative repertoire; and of course a number of new, quality jazz acts appeared on the scene, such as the trombone player Roy Hargrove.

Then there was the sophisticated guitar playing of Bill Frisell, one of the contemporary jazz greats; the refined maestro of six-string guitar, Jim Hall; the saxophonist David Murray, a truly creative, avant-garde musician who nevertheless was increasingly intent on establishing his own style both within the more protective framework of a quartet, and as the leader of an octet, one capable of organizing not only sounds, but also large numbers of players. And then there was the leading exponent of the revival of an instrument that is often overlooked, the accordion, that is, the French musician with the Italian origins, Richard Galliano. Of course, the Festival also featured the concert by the gospel choir, held once again in Orvieto’s magnificent cathedral. 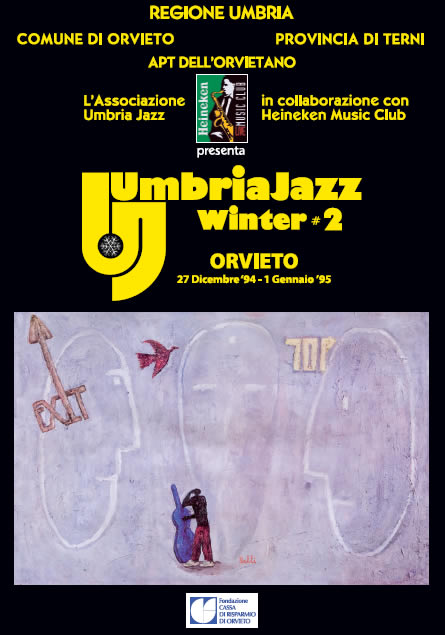