Regardless of how you look at things, Bad Mehldau owes a lot to Umbria Jazz, not only because it helped his career, but also because it permitted him to rediscover his own personal equilibrium. When he was first discovered at the Turrenetta in Perugia, during one summer UJ Festival, he was a musician coming back from a lengthy period of difficulty, and the praise and attention he was afforded by the Festival and its followers accompanied his growth and success as a musician in the public’s eye. Mehldau had often been a guest at Umbria Jazz, and the Winter Festival also reserved him a warm welcome, and so it was that he returned to the centre of the stage in Orvieto, thus confirming the magnitude of his musical ability and invention.

The Festival also featured a number of other pianists: one old habitué was Cedar Walton, a reassuring musician with a sound basis in the realms of bop and hard bop. Then there was the excellent Larry Willis, together with Freddy Cole bearing the weight of family connections (as Nat King Cole’s brother). Bill Frisell returned, Vicente Amigo brings together a unique improvised blend of jazz and flamenco, and Roy Hargrove adds his usual fiery woodwind sounds. 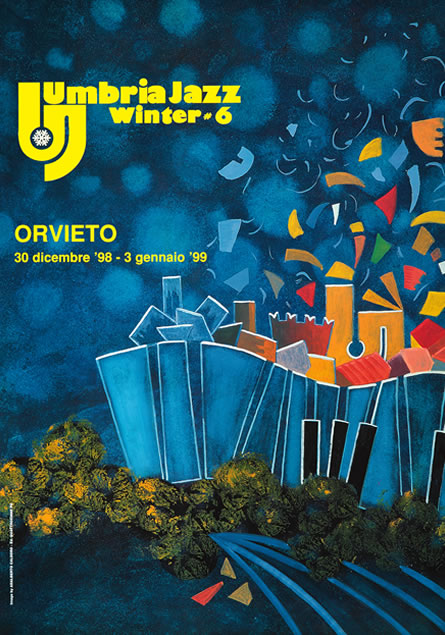