Umbria Jazz celebrates its twenty-fifth coming, with the return of the Saxophone Colossus, Sonny Rollins, and the presence of two special projects. The first centres around the figure of Ornette Coleman, making his return to Perugia after seven years, with a sort of musical self-portrait entitled “Civilization ’98”: three concerts held at the city’s Morlacchi Theatre, playing in a trio with Charlie Haden and Billy Higgins (and at a certain point in the evening, they are joined by the saxophonist Lee Konitz, who takes the place vacated by Don Cherry), and dialoguing with a group of Indian musicians, with the Sardinian vocalists Tenores Di Bitti, and a group of break dancers, rappers and multimedial video installations.

The other is entrusted to Carla Bley who finally gets the chance to bring her most important work onto the stage, the album “Escalator Over The Hill” recorded during the early 1970s. Among the other stars appearing at the Festival, there is a considerable Brazilian presence (Caetano Veloso, Gilberto Gil, Jorge Ben, Marisa Monte, Badi Assad), together with the great crooner Tony Bennett performing a charity concert at the Pavone Theatre, while Brad Mehldau returns, this time alone, for a concert held in the National Gallery. 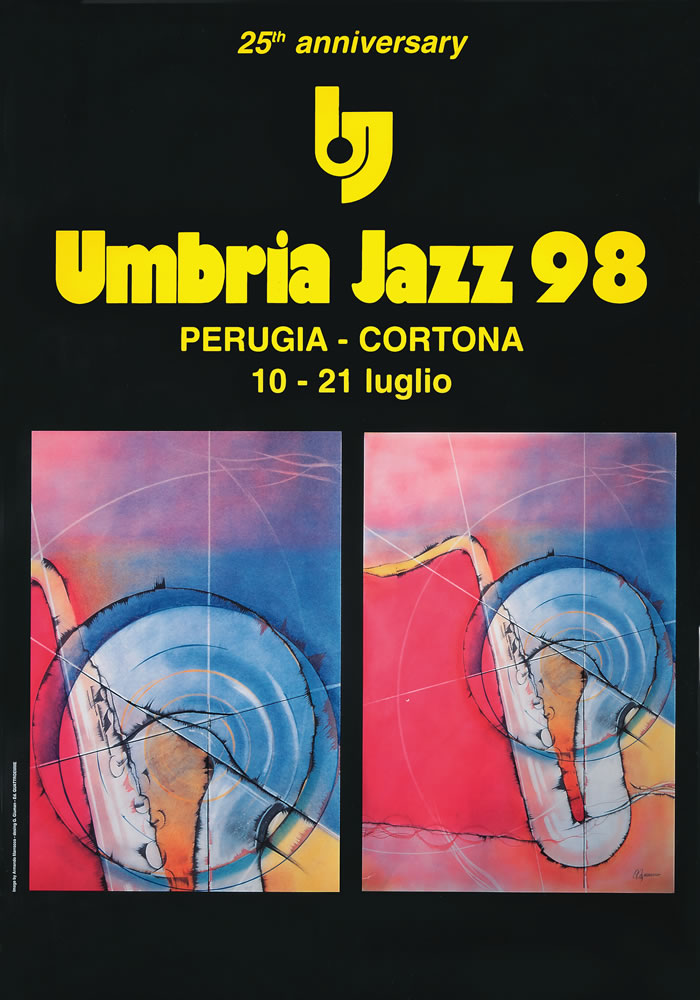