A pianist capable of enchanting the audience with his masterful command of various different musical genres, his superb playing, at the same time both sombre and suggestive, Randy Weston is the rediscovered maestro who lit up this tenth UJW, still one of the most inspired jazz musicians fifty years on from his debut performance. While Weston was the rediscovered star, this year’s Festival was dominated by Italian jazz musicians.

In fact, it represented a sort of official consecration of the quality of Italian jazz, with a host of excellent musicians starting from Stefano Bollani, increasingly in the ascendant, who played as a member of the trio Orchestra del Titanic, who duetted with Enrico Rava, and also played with Rava and Richard Galliano together: his triumphant presence was confirmed by full houses hailing his name. However, there were other jazz musicians who made this Festival, including Gianluigi Trovesi, Danilo Rea, Stefano Di Battrista, Giovanni Tommaso, Rosario Giuliani, Franco D’Andrea (whose group included the fourteen-year-old saxophonist Francesco Cafiso), and, of course, Enrico Rava. Finally, Terence Blanchard, the up-and-coming, technical exuberant trumpet-player, writer of the scores for Spike Lee’s films, performed with his band in a display of extreme technical brilliance. 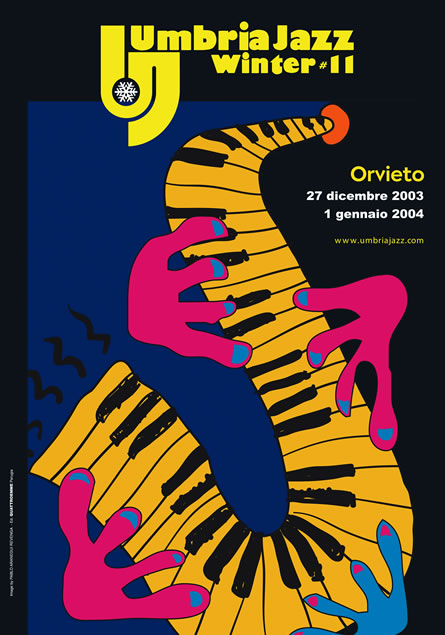