Ahmad Jamal’s chiaroscuro, loud and quiet sounds, the musical storm formed by the voice of Jamal’s little Japanese student Hiromi, the solidity of Mulgrew Miller, the originality of Danilo Rea fronting the group Doctor 3 and playing music from Coltrane to Sting, and from Morricone to Becàud, the intimate music of the veteran Renato Sellani, the elegance of Kenny Barron – the leader of the Sphere quartet in their interpretation of Thelonius Monk’s music accompanied by Monk’s former drummer Ben Riley, the great bass player Buster Willams, and Sary Bartz on sax taking the place that originally belonged to Charlie Rouse, the historical companion of Monk’s quartets. Hence the piano was, once again, the focus of attention of Umbria Jazz Winter, although the Festival offered much more than that.

There was a little taste of Brazil in the music dedicated to the memory of maestro Antonio Carlos Jobim, played by the refined violinist Jaques Morelenbaum who had worked closely with Jobim, in JAPT, a revocation of Norman Granz’ famous signature tune, plus Jazz at the Philharmonic (with an array of daring young musicians, including Eric Alexander and Wycliff Gordon), and Richard Galliano’s accordion. 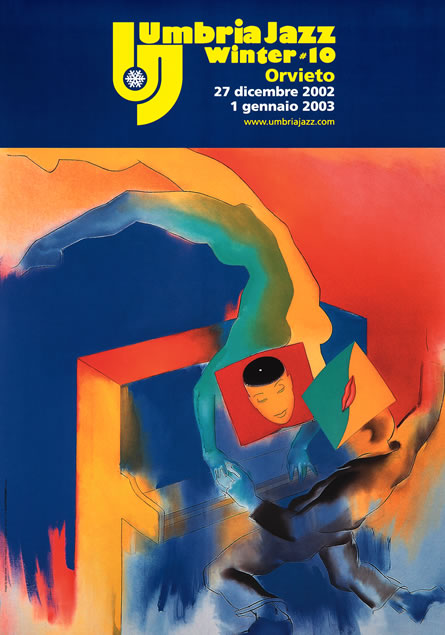